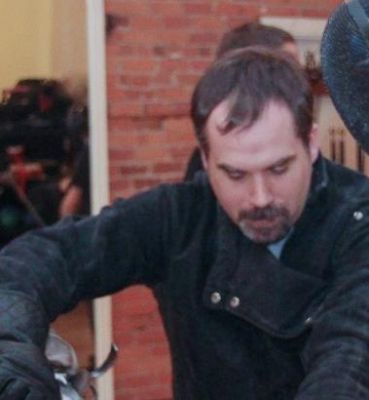 Puck Curtis began studying historical fencing in 1992 and researching Spanish swordplay in 1994.  He is the cofounder of the Destreza Translation and Research Project and the primary author of From the Page to the Practice - Fundamentals of Spanish Swordplay.  Currently living in Folsom, California, he has taught historical fencing for over 20 years with a special focus on the Spanish traditions.  He tested and received his certification as a Master at Arms before a traditional board of fencing masters with the San Jose Fencing Master's program in 2008 and has expanded the tradition by examining a number of instructors, provosts, and fencing masters.  In addition, he has presented seminars at major HEMA events, fought in numerous public exhibitions, and has served as a guest examiner for schools certifying historical fencing instructors.  His current project is uniting the rigorous training and pedagogy of the classical Italian school with the theory and practice of the Spanish True School to preserve the tradition, develop new leadership, and share the art with today’s western martial arts community.